Pure romantic escapism awaits you in The Kinley Legacy trilogy by Ellie Darkins. Expect feel-good, entertaining reads that will keep you on the edge of your seat!

Thanks for inviting me to talk about The Kinley Legacy! The first and second books are out now!

The Kinley Legacy is my first every trilogy, and it’s a story I’ve wanted to explore and tell for a long time. I’m lucky enough to be a part of a big, loud, messy, hilarious family – I have two brothers and two sisters – and my favourite parts of every year are when we all manage to get ourselves into the same part of the country for the week or even a weekend, and spend the time regressing into our childhood roles. So obviously I needed to bring that energy to my writing.

I should add a disclaimer here and point out that none of my characters are based on family members! Please don’t sue me, beloved siblings!!

What fascinates me most about my own family is the way that five people with the same parents, same home, same upbringing, same holidays and christmasses and trips to A&E all remember them completely differently. There’s a nearly ten-year age gap between my eldest and youngest sib, and so events that might hit hard for a twelve-year-old aren’t even remembered by a two-year-old. Us older ones missed out on the last years of the littles still living at home. The events that we do all remember – when my brother hit my sister over the head with a golf club, the funeral we held for my other sister’s gerbils at eleven pm one Christmas eve, when my mum’s hand got broken by a rounders bat during a friendly game in the park – ring differently for each of us.

The same is true for my Kinley siblings. When their parents left the country to avoid the consequences of their ‘unconventional’ tax affairs, Jonathan, the eldest, had to take on responsibility for his little brother and sister, launched into parenting a couple of teenagers with no warning. Liv, the wild middle sister, lost her parents to the other side of the world, and with them any sense that the people who say that they love her are planning on sticking around. Her big brother, who should have shared her trauma, had to play parent instead, and caused a rift in the family that nearly tore the siblings apart. And then her best friend had to go and fall for him, and so not she’s terrified of losing her too. And Caleb has spent the whole time creating a life for himself that he barely lets his family glimpse, for fear of losing the people he has left.

It had given me the utmost joy to throw love at these three people who are determined not to want it, and watch them flail helplessly as they fall in love. And none of them have given me as much joy as Liv, who tried her very hardest to be dramatic on every page of this trilogy. I had to hold her back for Jonathan and Caleb’s stories, but here in her own book she has the run of every scene. And as much as she might pretend to hate the pain-in-the-perfect-butt beefcake in a leather jacket muscling his way into her work life, we all know that it’s only a matter of time that she decides she wants to be dramatic with him.

So I’m sharing my messy Kinley’s with you in the hope that you’ll come to love them as much as I love my maddening, irritating, infuriating, exasperating, irksome and – okay fine I’ll say something nice – somewhat tolerable band of siblings. 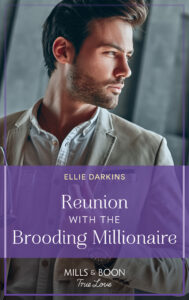 Reunion With The Brooding Millionaire by Ellie Darkins

A kiss to tempt her…again!In this The Kinley Legacy story, when Rowan kissed her best friend’s brother, Jonathan Kinley, it ended in disaster… Now she’s reunited with the brooding millionaire—seven years later—and he’s as tempting as ever! Self-assured Rowan has worked hard to overcome her insecurities, but she’s forced to face the fact that they both want to finish what she started… 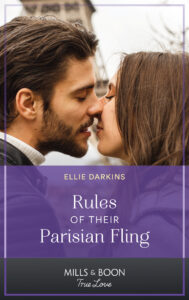 Rules of their Parisian Fling by Ellie Darkins

In this The Kinley Legacy story, Livia Kinley thinks she’s finally proving herself worthy of her family’s name—and then management consultant Adam Jackson is brought onto her project and she can’t deny their attraction! Getting attached isn’t an option, so one unforgettable night has to be enough! Until their business trip to Paris confirms that it isn’t… 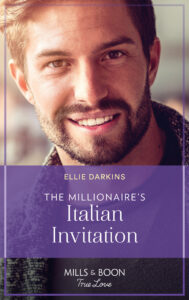 Look out for book three in The Kinley legacy trilogy, The Millionaire’s Italian Invitation! out on September 1st.

Exclusive Extract: The Billionaire Behind The Headlines by Rachael Stewart