We’re getting very excited about the Royal wedding and so are our authors! Check out why they love the royals and why they’re looking forward to the big day… 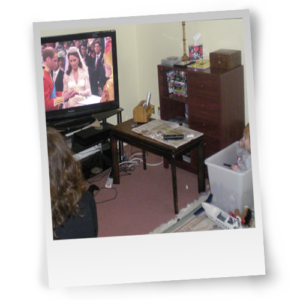 Since I could read fairy tales, I have loved royal weddings. The castles, the balls, the fairy godmothers and singing mice, I’ll take it all. During Will and Kate’s wedding, we revelled in the block parties, and the walk along the festive Mall. But my favourite bit was celebrating with friends in their home. The never-ending laughter and goodwill created a very precious memory for me.

Even more precious was my daughter climbing into their box of Legos to watch the wedding on the telly. In that moment, she had it all. A boxed seat filled with toys for her imagination. Perhaps someday, she’ll build her own fairy tale where she can celebrate royal weddings with her own friends, too. In the meantime, she’ll just have to celebrate May 19th with me.

I’ve always been interested in what the British royals are doing. When my children complained about learning correct table manners I reminded them that one day they might be invited to tea with the Queen.

When Charles and Dianna married I had my then boyfriend, and now husband, get up at four in the morning to attend, I mean watch it on TV. Later, I saw Prince William be presented to the world for the first time. He is a year older than my oldest and Harry the same age as my daughter. I paid attention as the royal children grew just as I did my own. I, like everyone else, knows exactly where I was when I heard about Dianna’s accident.

Weddings were occurring in my family when William and Kate had theirs. Over thirty years later, again to ‘attend’ the wedding we had to get out of bed early. It doesn’t count to watch the typed version. It has to be in real time. I was just as excited about this one as I was the other. I prepared an afternoon tea reception which included sandwiches, scones, and a small wedding cake. We ate off my best china and used my grandmother’s silver. My family was invited to attend the wedding and reception/breakfast. Yes, we had cake for breakfast. My daughter-in-law said, ‘Wow, all this for people we don’t even know.’ In an odd way, I’ve always felt like I did know them.

Harry and Meghan’s wedding is particularly interesting because of her heritage and that she is an American. And gorgeous. I’m really looking forward to the event taking place at Windsor Castle because I have been there, and have even peeked inside St. George’s Chapel. For their wedding, I will again prepare a breakfast tea including cake. Thankfully the timing isn’t so early in the morning (seven on the east coast of US) and takes place on a Saturday. I have invited family and friends to join me. I expect around fourteen people to come. Great fun.

The British do put on the best weddings! 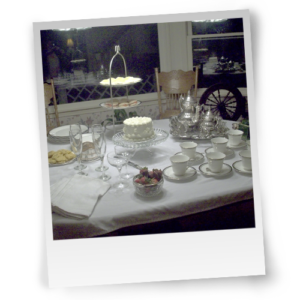 I’ve written three Royal Wedding stories, Secrets at Court, Whispers at Court, and Rumours at Court.  Each is set around the romance and wedding of a real historical figure, all children of Edward III, so when I think of royal weddings, I go all the way back to medieval times.  One thing I discovered was that the actual wedding ceremony was not important at that time.  In some cases, they did not even record the wedding date, let alone what the bride wore. It was not until Queen Victoria’s wedding that it became such a publically celebrated event.

My earliest memory of a royal wedding was Princess Anne’s wedding to Captain Mark Phillips. I was a young Aussie at the time and I remember being entranced by the pageantry. My mother bought the souvenir edition of the Australian Women’s Weekly and I think I still have it in a box somewhere! I was on my honeymoon when Lady Diana Spencer married Prince Charles so I remember that wedding and of course the more recent Kate Middleton/Prince William. However, the royal wedding that made the  biggest impact on me was when Mary Donaldson married Frederik, Crown Prince of Denmark.  He shed a tear as he looked at his bride and his love for her was palpable. I’ve never forgotten it. It made me think perhaps they had a solid chance of surviving a marriage lived in the spotlight. It was incredibly romantic.

Looking forward to the Royal Wedding? Make sure you check out Mills & Boon’s downloadable Royal Wedding party packs for everything that you need for the big day!