We caught up with the wonderful Susan Mallery to discuss her recent release You Say It First, where she gets her inspiration and all things wedding-related. Read on for a snippet of this hilarious romance below!

How do you get inspiration for your characters and plot lines?

Inspiration is all around me. I have ideas every day. They’re delicate, ephemeral. They start out as just a flutter of thought. Sometimes, they evaporate before gaining substance, but those that stick in my head long enough begin to attract other ideas, and the story starts to take shape. In a way, it starts as a single-cell organism and becomes a living thing.

When I need to come up with an idea for a new book, I try to open myself to whatever the universe wants to send. I don’t generally listen to music while I write, but when I’m in the brainstorming stage, music helps a lot. I’m convinced that there’s a book in every country music song—but the story often has nothing to do with the song’s lyrics. Instead, it’s about the emotion that the song evokes in me as I listen.

What inspired the storyline for your book, You Say It First?

You Say It First is the first book of my series, the Happily Inc romances. In this case, I created the setting first, and the story naturally from that. Happily Inc is a wedding destination town founded on a fairy tale—which is a polite way of saying the town was founded on a lie. A white lie, but a lie, nonetheless.

In the 1960s, the small California town was dying, much to the dismay of an enterprising young banker. Frank Dineen had seven daughters, and he was determined to save the town for them. So he made up a story and convinced the press that it was the truth. He said that in the 1800s, a wagon carrying mail-order brides to San Francisco broke down in the little town. By the time the wagon was fixed, all of the brides had fallen in love with local boys. The story caught on, people flocked to Happily Inc to get married for good luck, and by the present day, the local wedding industry is thriving. Everyone knows the local mythology is nonsense, but they play along.

Naturally, a wedding destination town needs a wedding planner, so Pallas Saunders was born. Pallas recently inherited a theme wedding venue called Weddings in a Box, but her demanding mother expects Pallas to join the family bank. All her life, Pallas has turned herself inside-out to meet her mom’s expectations, trying (and failing) to conform. Falling in love with artist Nick Mitchell will inspire her to break a few rules—to break out of the box—and to create the life she’s always wanted.

For new readers, how would you summarise the book in 4 words?

What did you enjoy the most about writing the book?

You Say It First gave me the chance to give my creativity free reign, which made it so fun to write! Pallas runs a theme wedding venue called Weddings in a Box. At the start of the book, there’s a set menu of themes that she offers to her brides. They can have a princess wedding, a cowboy wedding, and so on. The bride in the opening scene of You Say It First chose a Roman wedding. Here’s a snippet:

“DON’T TAKE THIS WRONG, but I really need you to take off your shirt.”

Pallas Saunders winced as she said the words—this was so not how she usually conducted an interview. But desperate times and all that.

A valid semiquestion and certainly better than simply bolting which, hey, he could have done.

“It’s an emergency,” she said, waving her hand in what she hoped was a can we please move this along gesture.

“I’m going to need more than that.”

“Fine.” She drew in a breath, then began talking. Fast. “I have a wedding in less than an hour and I’m one Roman soldier short. J.T. ran off to LA because his agent called about an audition. Note to self. Do not hire actors during pilot season. Anyway, I need a Roman soldier. You’re about the same height as the other guys and you’re here because you need a job, so take your shirt off, please. If you look halfway decent, I’ll sponge tan you and you’ll carry a very skinny girl in on a palanquin.”

“One of those sedan chair things. I swear, she probably doesn’t even weigh a hundred pounds. I don’t think she’s eaten in three months. You look strong. You’ll do great. Please? There’s a check at the end.”

Not a very big one, but money was money. And Nick Mitchell had answered her ad for a part-time carpenter, so he must be at least a little desperate for money. A feeling Pallas could so relate to.

“You want me to carry a girl in on a palanquin for her wedding?”

Why were the pretty ones always dumb, she wondered with a sigh. Because Nick certainly qualified as pretty. Tall with dark hair and eyes. His shoulders were broad and from what she could see, he looked to be in shape, so what was the big deal?

“The name of my business is Weddings in a Box.” She gestured to the walls around them. “This is box-like. People come here to get married. I do theme weddings. The couple today want a Roman wedding. You’d be stunned at how popular they are. The Roman wedding includes the palanquin for the bride. Please, I beg you. Take off your shirt.”

When a bride comes to Pallas with an idea that’s miles out of the box, Pallas doesn’t think she can do it. But the bride has a very special reason for needing to make this wedding happen, a reason so compelling that Pallas can’t say no. She, Nick, and her close group of girlfriends work together to make the bride’s dreams come true.

Strong female friendships are one of the core themes of my books, and that’s certainly true in the Happily Inc romances. Every week, this group of women get together for their girlfriend lunch in some of the most interesting spots in town, such as the local dump. The Happily Inc dump is surrounded by a game preserve where non-predatory animals roam free. (It’s inspired by a real-life landfill outside of Austin, Texas.) Millie the Giraffe is a reader favorite, and she’s integral to book 2 in the series, Second Chance Girl.

What would your ideal ‘Wedding in a box’ or ‘Wedding out of the box’ be like?

Personally, I’m fairly traditional. If I were doing a theme wedding, I’d probably choose the princess theme because it’s fun to play dress-up. I think I’d look better in a tiara than a cowboy hat.

Hmmm… my wedding out of the box… If I were going to do a non-traditional wedding theme, I’ll go with Hello, Kitty. I adore all things Hello, Kitty—especially the accessories with lots of bling. Although my husband might balk at wearing a cat suit.

Where would your ideal wedding location be and why?

I’d love to get married at Sleeping Beauty’s Castle at Disneyland. I grew up in the Los Angeles area, and I have always loved Disneyland. It’s clean and happy and every employee is devoted to their guests’ comfort. Sounds like the perfect place to get married.

I’d read romances since I was a young teen, but I was far too practical to even think of being a writer. I went in pretty much the complete opposite direction, going to university to study Accounting. I was in college, carrying a full course-load of classes, when I saw a flyer for an evening continuing education course called How to Write a Romance Novel. It was an eight-week course, for no credit. I didn’t have time—my schedule was packed with classes that actually mattered. But I kept seeing that flyer, and I desperately wanted to take the class. Eventually, convinced that at some point the instructor was going to stop offering the class, I gave myself permission to sign up. By week six, I knew this was what I wanted to do with my life.

But it was a huge leap of faith to pursue writing. I turned down a lucrative job offer in order to dedicate myself to something that everyone said had very little chance of success. But dedicate myself, I did. I studied the market, I took lots of writing classes. I wrote, submitted, received rejection letters, cried, wrote some more, and submitted again. Harlequin Presents rejected me so often that they asked me to stop submitting to them. (Seriously.)

One of the happiest days of my life was when I got “the call” to tell me that my book had sold. There’s still nothing else I’d rather do than write.

What do you like to do in your spare time?

I love spending time with my husband, meeting my girlfriends for lunch and shopping, playing with my pets. (I have two ragdoll cats and a miniature poodle.) I’ve tried lots of other creative pursuits like knitting, cake decorating, scrapbooking, but there’s nothing I enjoy as much as writing. I’m one of the lucky few whose job often feels like a hobby.

Readers are loving You Say It First. What can we expect from the next Happily Inc books in the series?

Next up is Second Chance Girl, in which Carol Lund, gamekeeper at the aforementioned animal preserve, falls for the bad boy next door, glass artist Mathias Mitchell (Nick’s younger brother). Mathias is known for charming a steady stream of bridesmaids—wedding tourists who won’t be around long enough to ask for more than he’s willing to give.

There’s a scene in Second Chance Girl that is absolutely one of the funniest things I’ve ever written. No spoilers, so I’ll just say that it’s something Mathias will never live down. He has to do some serious grovelling after this boudoir faux pas.

Do you have a favourite character that you have written?

Natalie Kaleta from Why Not Tonight (Happily Inc book 3) comes to mind. You’ll meet her in You Say It First, but her true character won’t come through until we’re in her point of view in her own story. She is one of the most determinedly optimistic characters I’ve ever written. (I was going to say “people I’ve ever met,” which tells you how real my characters become to me.) Ronan Mitchell cynically thinks that she must have lived a sheltered life, but when he discovers her tragic past, he’ll realize that her sunny nature is hard-won and so damned impressive that he won’t be able to resist.

Get your hands on You Say It First, here! 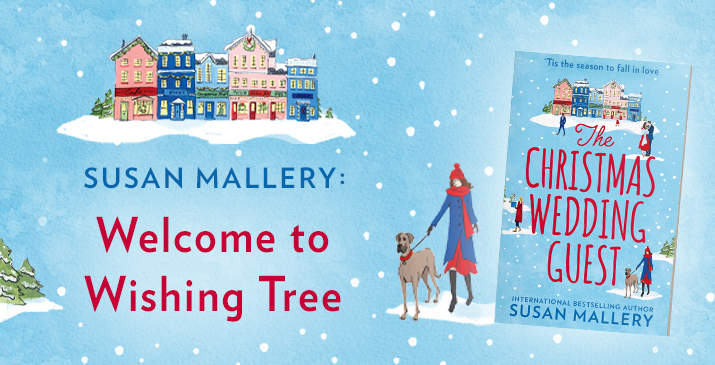 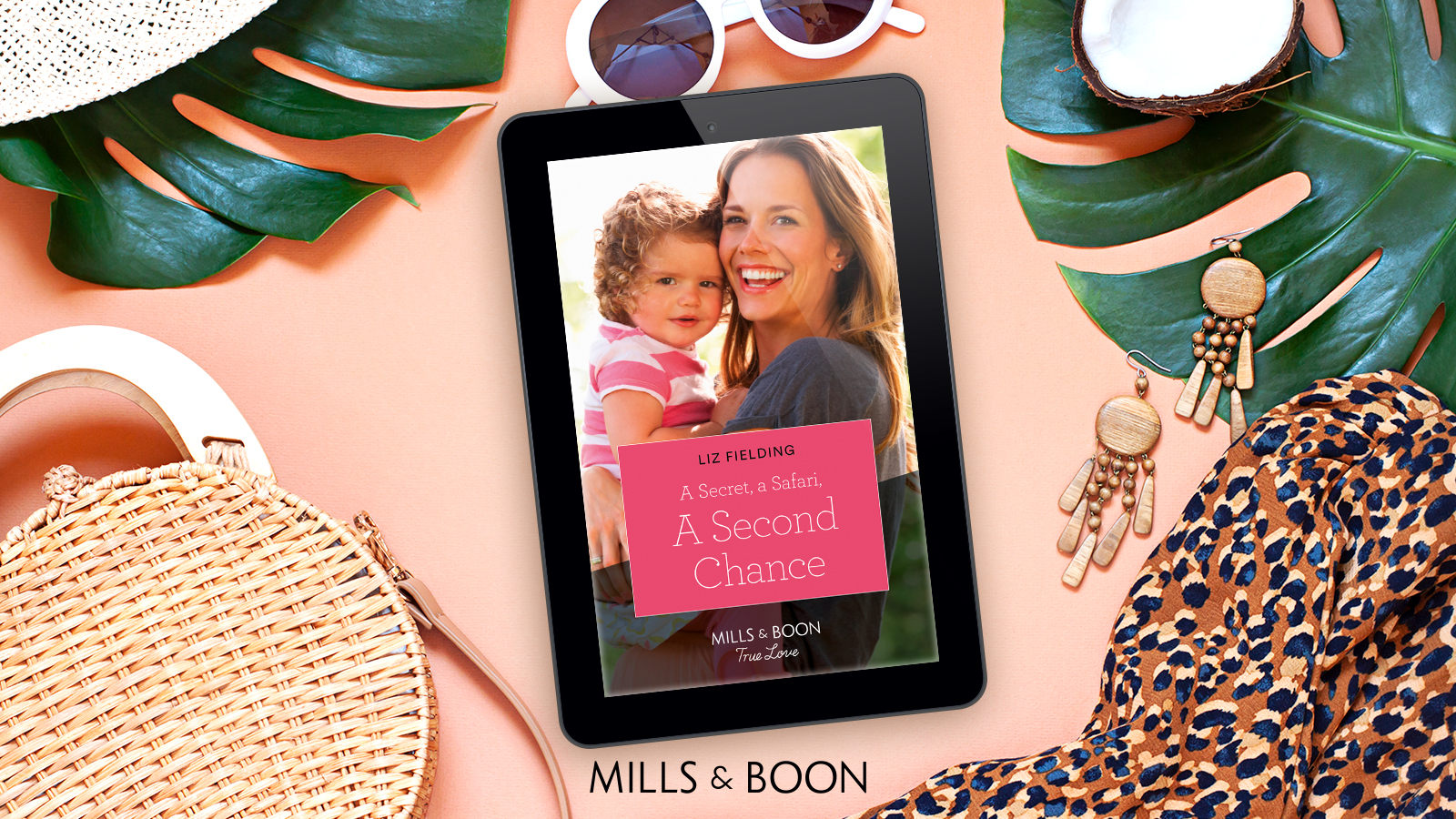