We caught up with Mills & Boon Medical author Ann McIntosh to chat about her spellbinding new novel, Night Shifts With The Miami Doc. Read on to find out more about Ann’s writing journey!

What was the inspiration behind your new book, Night Shifts with the Miami Doc?

Regina, the heroine, sprang to life when I wondered how someone with a completely different personality to my own would react to a situation I actually experienced. As a teenager, my father informed me he wouldn’t ‘waste’ money to send me to university, since I’d just turn around and get married. For context, my mother was a nurse, but when they married my father insisted she stay home and not work anymore.

I didn’t have the self-confidence, or the focus, to go and seek higher education on my own, and have always regretted that. Giving Regina the same set of circumstances, and the personality to forge ahead anyway, let me ‘rewrite’ history in a way, even though her drive and ambition led her down paths I don’t know I would have followed.

The hero, Mateo, was born from an article I read about a family who lost both their parents within quick succession, and what the children, especially the oldest, had to do so they could stay together. It touched me deeply, and I wanted to explore both the good, and the bad, of a similar situation.

Those two characters turned out to be so different, I had to work overtime to make their relationship go from simply a physical one to something deeper. Really, the only thing they had in common is that neither was interested in a relationship—much less love—especially not at this particular point in their lives.

Mix all that in with one of my favorite parts of the US, South Florida, and throw in a trip to one of the Florida Keys, and I was totally inspired to steam up the pages!

If you could/wanted to turn the book into a movie, who would you cast as Regina and Mateo?

My original inspiration for Regina was the Canadian actress Jessica Lucas. She had the look I envisioned for my character but, if we’re being true to the book and the movie was being cast today, she’d be too young. So, I think I’d pick Sanaa Lathan to play the part, if Regina King was too busy to do it. LOL!

As for Mateo… Juan Pablo di Pace would be a great fit. Those slashing dimples are just the ticket!

What do you enjoy the most about writing for Mills & Boon Medical?

I really love research and, since I don’t have a medical background, I have to do a lot of it. Then comes the real fun, which is weaving the research into the storyline, while still keeping the focus on the couple and their love story. Let me tell you, doing that keeps me on my toes!

Strong, not necessarily physically (although that would be a solid bonus) but mentally. Someone who’s been through the fire and come out the other side better, more empathetic, and whole. Or, at least, willing to do the work to become whole. I’m a sucker for a scarred hero!

My first attempt at writing was when I was about seven. I’d watched an old movie (I can’t remember the name, sorry!) and had been enthralled, but at the end the pirate hero literally sailed off into the sunset, leaving the heroine bereft. Even at such a young age that was unacceptable to me, so I decided to rewrite the script. Of course, that determination lasted only a couple of weeks, but I truly believe that was when I was bitten by the (romance) writing bug.

Fast forward twenty years, to when I’d just given birth to my son. I’d had a variety of jobs but no real direction and, looking at the tiny little scrap of humanity I’d been entrusted with, I realized I had to do better. Set a better example for him; do something that would make him (and myself) proud. The only thing I’d ever really wanted to do was write, but I’d lacked the courage to try, and had never had the kind of impetus I did then. When he was six weeks old, I took a creative writing course offered by the University of the West Indies, Mona campus, and my instructor was very encouraging. She told me I had a ‘voice’ and that I should keep developing it.

I followed her advice, and honed my craft writing literary short stories. I also had some non-fiction articles published. Eventually, I felt comfortable attempting a longer piece, and started a police procedural. But it wasn’t until I’d moved to Canada, and discovered online writers’ groups, that I got serious about writing an actual book, and decided I wanted to write a romance. The first couple of novels I wrote were MASSIVE, and unsalable. If I ever had the courage to look at them again, I think I could cut about twenty-thousand words just by taking out the word ‘that.’ I kept at it, though, eventually getting a novella published, and then another, and another, the crowning achievement at the time being a sale to Spice Briefs.

And the rest is history!

What does your writing routine involve?

I’ll be honest enough to admit I have no routine, and I like it that way. I’m very adaptable, so I write, or research, or plot whenever the time presents itself. It might not work for others, and I sometimes think I should be firmer with myself about setting schedules and following them, but unfortunately, that’s not the way I’m built.

Read voraciously. Seeing how other writers use the rules, and break them too, allows us to recognize both good narrative and bad, and helps develop your own voice. I’d also add, don’t be discouraged if your first book doesn’t sell. In fact, don’t be discouraged if your first five books don’t sell. Keep writing, and trying. One last point: beware of too much advice from beta readers or critique partners. You can drive yourself crazy, and completely destroy a story, by trying to take everyone else’s opinions on board. Find one or two people whose assistance you find helpful, and take the advice that resonates with you. Writing is one of those places where too many cooks really can spoil the broth!

I love crafts, so I tend to have a couple of works in progress, whether crochet or now knitting. I also dabble in painting and polymer clay sculpting, although I haven’t done either for a while. One of my careers, way back when, was as a seamstress, and I’m happily getting back into sewing. Reading, of course, and I have a rather disturbing love of true crime shows, so I watch quite a bit of those.

What are some of your favourite romance films/tv show? Any recommendations?

I’m not a huge movie buff, but when it comes to romances, I really like The Wedding Date, with Debra Messing and Dermot Mulroney. That might be attributed to the fact I’m a bit of an Anglophile, and most of the movie is set in England. I also have the DVD set of Pride and Prejudice with Jennifer Ehle and Colin Firth, which I watch quite often (I wonder why? Perchance Darcy, in wet breeches and shirt, striding through the meadow?) and I recently watched the first season of Bridgerton, which I enjoyed immensely. Yes, I know it’s not historically accurate, but it was sumptuous, beautiful, and fun, with costumes that made me want to swoon. What more could one ask for?

Don’t want to embarrass myself by revealing the extent of it, (spread over the house, so my hubby doesn’t realize how bad my addiction is!) but on my bedside table right now is His Innocent’s Passionate Awakening by Melanie Milburne; a couple of Lord Peter Whimsey novels by Dorothy Sayers; two writing life/self-help books by Becca Symes; Reproduction by Ian Williams; On Writing by Stephen King (one of my favorite re-reads); Children of Uncertain Fortune by Daniel Livesay; and the McAvoy Sisters Book of Secrets by Molly Fader. On my e-reader is 100 Great Black Britons by Patrick Vernon and Angelina Osborne. I like having different books to pick up and dive into, whatever my mood at the time. 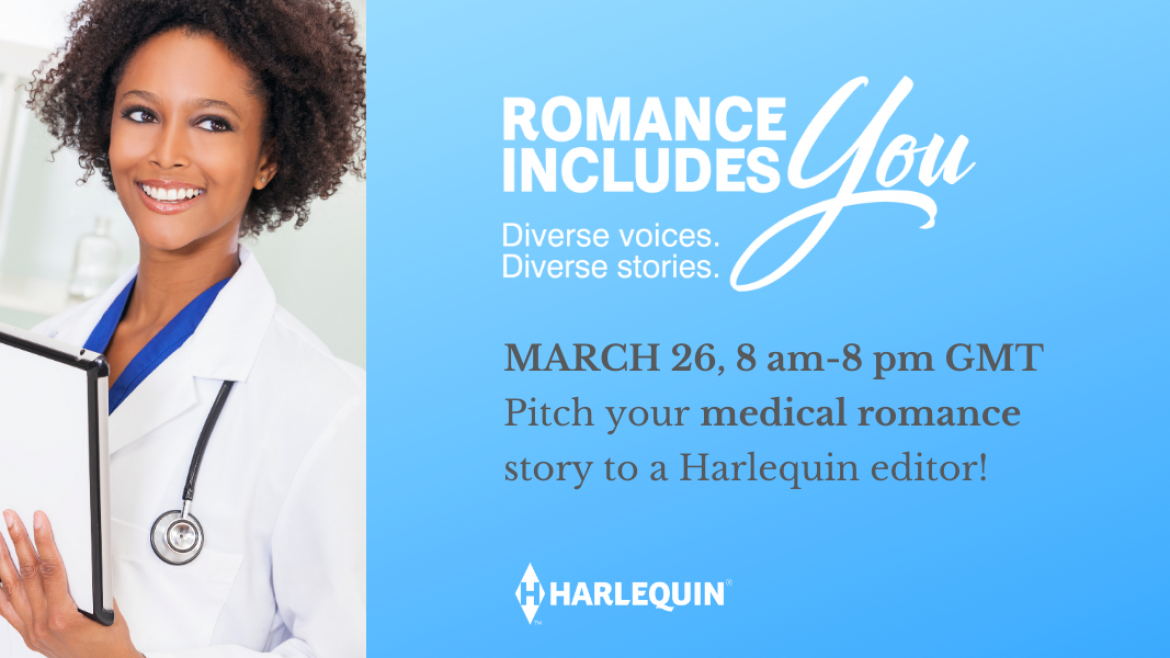 THE MEDICAL ROMANCE INCLUDES YOU PITCH EVENT IS HERE!

Georgia Toffolo on her new book Meet Me In Hawaii