We’re delighted to be joined on our blog today by Marguerite Kaye, who shares exciting news about her new Historical duet! 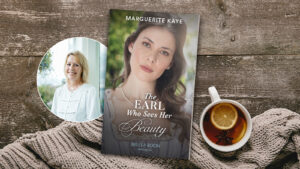 Beauty is in the Eyes of the Beholder

My new duet, Revelations of the Carstairs Sisters, is set in the 1860’s in Victorian Britain at a time when photography was really starting to take off and travelling photographers made portraits accessible to a much broader range of society. It’s impossible to over-state how important the effect of this was, but you could compare it to the advent of digital technology. Having your photograph taken for a visiting card in Victorian times was like putting your picture up on your social media account today. It was and is a way of controlling your image, of saying, ‘this is who I am’, but it was also, like social media can be, a means of faking it, of presenting a contrived image to the world.

Self-image, the link between beauty, how we see ourselves and how others see us, is a theme which runs through all three romances in my new series, starting with Esme, the pioneering photographer heroine of the on-line prequel, It Started at a House Party.

I first came across the art of cartes de visite (photographic calling cards) while working with the Duchess of York on our collaboration, Her Heart for a Compass, which also deals with the public projection of image as a key theme. Queen Victoria’s husband Prince Albert realised very early on how photography could be used to promote a ‘brand’, and it was he who pioneered the use of portraiture to market the image of the Royal Family as respectable and pseudo-middle-class, with himself and Queen Victoria surrounded by children and dogs, and not a crown in sight. The iconic image of Charles Darwin taken by Julia Margaret Cameron in 1868 helped to entrench the beard as a sign of gravitas and erudition (in fact, poor Darwin suffered from a terrible skin complaint that made shaving painful). 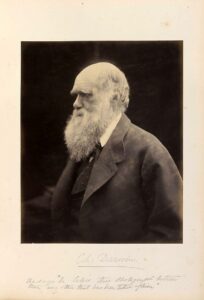 Portraits and cartes de visite showed your ‘best’ side, conforming to Victorian ideals of beauty and dress, while pretending to be ‘natural’. It is this obsession with image, and the fact that society defined women by their looks that I have woven into all of the book in the Revelations of the Carstairs Sisters series and that, I am sure, is a theme that will be horribly familiar to women today.

The Earl Who Sees Her Beauty is the first story. Prudence Carstairs has a scarred face, and as a result has been forced to live most of her life hidden behind a veil. At the beginning of the book she is already past thirty and in the eyes of the world, beyond all hope of marriage. Prudence has resigned herself to being one of the invisible women for whom society has no use, and has given up on realising any of her ambitions as a plumbing engineer (yes, I did say plumbing engineer). A chance encounter with damaged Crimean veteran and reluctant heir to a title Dominic gives her a fresh perspective on her scarring. Dominic sees past Prudence’s veil, past her disfigurement, to the woman she is and could be – of course he does, he’s my hero! However, the road to true love runs very, very far from smooth, because I love a damaged hero, so I’ve given him some serious issues of his own to deal with.

I’ve never bought into the notion that love is blind. For me it’s quite the opposite. True love is about seeing the real person. It’s about loving them, to borrow one of my favourite quotes from Bridget Jones’s Diary, just the way they are.

If you want to find out how my three sets of protagonists set about finding ‘the beauty within’ (funnily enough the title of another of my books) then you can dive in right now. And of course if you do, I’d love to know what you think.

Revelations of the Carstairs Sisters

Buy The Earl Who Sees Her Beauty by Marguerite Kaye now!