Historical romance author Joanna Johnson tells us all about the moment she got ‘the call’ to write for Mills & Boon. From childhood dreams to getting a contract for her debut book The Marriage Rescue, Joanna reveals all!

When I saw Julia Williams’ name ping into my inbox last September, I immediately thought it must be the final rejection I’d been waiting for. We’d been talking via email for a while, but as I knew she was going to be away for a couple of weeks I assumed her request to speak on the phone this time was to make it quicker for her to let me down gently before she went…

I’d been writing since I was a child but only ever for the love of it. Like most writers I’d dreamed of being published, although the idea of it happening just seemed so unlikely it was never much more than that. Submitting a synopsis and the first three chapters of The Marriage Rescue didn’t feel like much of a risk, then – with low expectations the worst that could happen was a polite rejection, and even then, an editor at Harlequin would still have read my work! There really was nothing to lose.

The Marriage Rescue was the first historical romance I’d written, although I’d loved the genre since I was old enough to read it and creating my own was an ambition I’d had for years. After becoming self-employed I had more time in which to write, so began with an idea I’d had quite a while before of a feisty Romani heroine reluctantly coerced into marriage with a country squire. I absolutely loved researching Roma culture and would type away whenever I could – my husband barely saw me for months as I’d sneak off to write during the evenings and weekends whenever his back was turned! When it was finished, I uploaded the chapters onto Submittable and then went about my business, pleased I’d finally taken the leap but thinking that was as far as it was likely to go.

It was a huge surprise when a response came from Julia a couple of months later that wasn’t the automatic ‘no’ I’d been expecting – I read her email about a dozen times before I could reply that yes please, I’d love to send a full manuscript! I couldn’t let myself get too excited, though; there were some fairly crucial changes to make to the story before I submitted it, and there was a good chance it might not be quite Harlequin Historical material. Not wanting to get my hopes up I polished the MS according to Julia’s feedback and sent it away, still not quite believing I’d got over the first hurdle.

The next email came after another few months, and I remember being amazed at the detailed suggestions for revisions that had clearly taken a lot of effort to compile. It gave me more confidence that Julia must have seen something in the draft to feel it worth taking the time to give such in-depth critiques, so although some of the revisions were pretty drastic I wanted to make sure to incorporate as much of her feedback as possible. I spent the next few weeks reading and rereading the MS until I couldn’t take it any longer and had to send it off to stop the endless tweaking. During the wait that followed I tried not to think about the book too much, although every time I sat at my computer I could feel the saved file looking accusingly at me from the desktop and had to hide it in another folder!

I was 100 miles away from home visiting my parents when I got Julia’s email asking if she could phone me, and as I said: I thought it was going to be a kind rejection. My parents hovered anxiously in the kitchen as I went off to accept the call – or ‘The Call’, as I realised afterwards – and I’d already phoned my husband to tell him to be on red alert for news. Julia couldn’t have been more friendly when I answered and we began to talk – which was just as well, because when she said the magic words ‘two-book contract’ I think I may have made a strange noise. The rest of the conversation is a bit of a blur of shock after that so I can’t recall exactly what was said, but I’m reliably informed it was more squeaking than speaking on my end and in the kind of register only dogs can hear. One thing I’ll definitely never forget though is feeling so beyond happy and excited: being an author was something that happened to other people, surely, and it didn’t feel real that it was coming true for me. It still doesn’t, even though The Marriage Rescue is scheduled to be released this year and I’ve been welcomed into the Harlequin family by the lovely Historical authors who have really taken me under their wing. They have been fantastic, and I’m so grateful to them for their support and patience in answering my many questions – as well as to Julia for taking a chance on me in the first place.

I’ve almost finished writing my second book now and am so thankful I took the plunge and sent off those three chapters in 2017. If I’ve learned anything from this whole process it would be to just go for it – you never know what might happen! That, and never let yourself run out of teabags while writing a difficult scene…

Joanna Johnson’s debut Historical romance The Marriage Rescue is out now! Get your copy here.

Author Advice: How to Write the Perfect Mills & Boon Modern 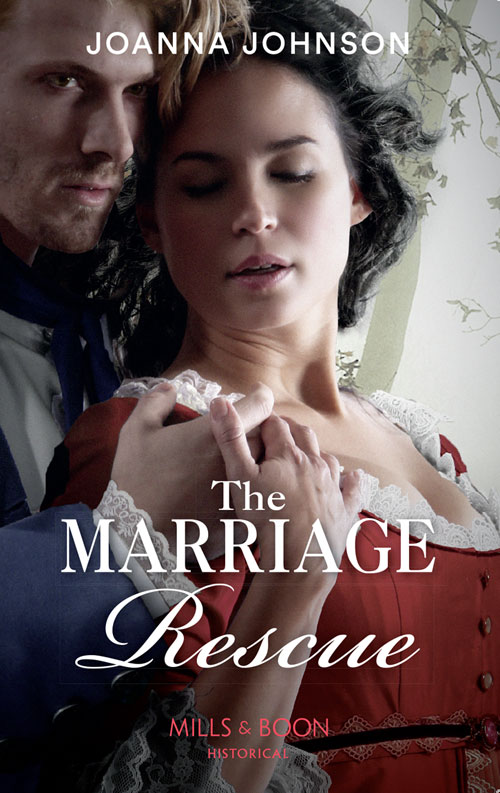