“Mills & Boon DARE is for readers who are looking for intense, sexually charged reading experiences,” said Lisa Milton, Executive Publisher. “The women in DARE are having great sex with hot men, and the chemistry between them is incredible. These stories will capture the imagination of readers by balancing graphic sex scenes with the relatable dilemmas and challenges faced by the characters. They are the perfect quick, escapist romance fix for 21st century women.”

“It’s the searing sexual relationships between incredibly alluring characters that really set Mills & Boon Dare stories apart,” said Kathleen Scheibling, Senior Editor. “The heroes are the ultimate embodiment of women’s sexual fantasies. There are bad boys and gritty antiheroes, as well as billionaires and other powerful men. The heroines are empowered, independent, fearless women who don’t need a man in their lives—but when they choose one, it’s on their terms.”

Mills & Boon DARE titles play out in an array of international settings, from glamorous urban centers (Paris, London, New York, Rome) to sensually exotic locations (the Amalfi Coast, Hawaii, the Caribbean). The global backdrop reflects the international makeup of DARE’s editorial team, which is actively acquiring manuscripts for the new line from its offices in London, New York and Toronto.

Four Mills & Boon DARE titles will be published each month in print and ebook formats in the UK and Australia, and digitally in North America. Each fast-paced, plot-driven title will be approximately 50,000 words in length.

Guidelines and details on how to submit are available at millsandboon.co.uk

For more information, please contact Sophie Calder on 020 8288 2818 or Sophie.Calder@harpercollins.co.uk

Mills & Boon is the UK’s leading publisher of romantic fiction of all types, including single titles as well as series. Established in 1908, Mills & Boon continues to deliver compelling, absorbing and uplifting stories of love in all its many guises, from contemporary romance and historical drama to Rom-Com and erotica, whisking readers away to worlds full of passion and excitement. Published in 26 languages across 109 countries and with more than 1,300 authors, a Mills & Boon book is sold globally every four seconds. Mills & Boon has pioneered opportunities in digital publishing, and was one of the first publishers to embrace ebooks, offering over 17,000 backlist titles and all of its front list in digital, as well as many digital exclusives. Mills & Boon is a division of HarperCollins UK. Find us online at www.millsandboon.co.uk. Follow us on Twitter @millsandboon

HarperCollins UK is a division of HarperCollins Publishers, the second largest consumer book publisher in the world, with operations in 18 countries. With two hundred years of history and more than 120 unique imprints around the world, HarperCollins publishes approximately 10,000 new books every year, in 17 languages, and has a print and digital catalogue of more than 200,000 titles. Writing across dozens of genres, HarperCollins authors include winners of the Nobel Prize, the Pulitzer Prize, the National Book Award, the Newbery and Caldecott Medals and the Man Booker Prize. HarperCollins UK has offices in London, Glasgow and Honley, and can be found online at www.harpercollins.co.uk.

To explore HarperCollins’ 200 year history, including a list of 200 iconic titles, fascinating stories and artefacts from the archive, visit www.hc.com/200.

Dare to Write for Mills & Boon

Win a picnic hamper and books worth over £100 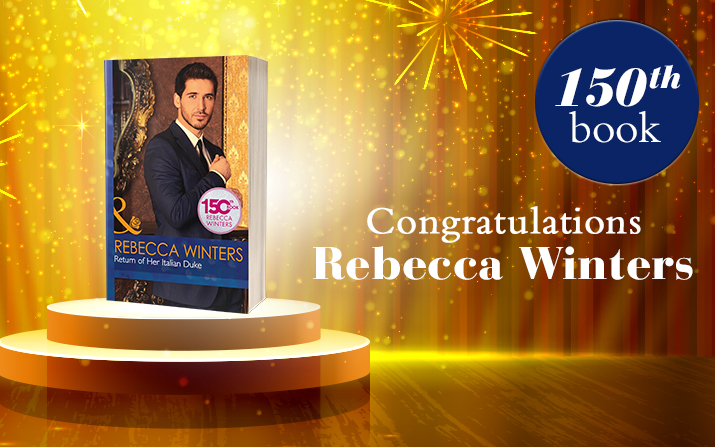