It’s no secret that Christmas is the most wonderful time of the year! But for four of The Royal Kensington Hospital’s top medical staff, this festive season will be one for the books… Why? They’ve just been invited to take part in the London hospital’s prestigious Kensington Project!

With their passports in hand, The Royal Kensington Hospital’s best and brightest are ready to share their specialist expertise – and the Holiday season! – with hospitals around the world. From Jamaica to New York, and Toronto to Sweden, they’re prepared to face busy wards and heart-racing emergencies. But a pulse-racing encounter or two under the mistletoe? No one included that in the Kensington Project’s handbook! The expert team may be giving the gift of the Kensington Project this year… But will they receive the greatest gift of all – Happily-Ever-After? 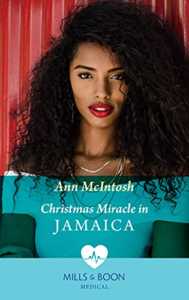 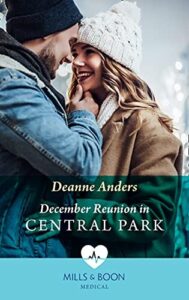 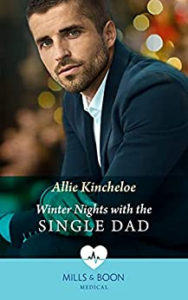 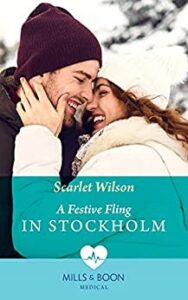 I was thrilled to be asked to join with Deanne Anders, Allie Kincheloe, and Scarlett Wilson and write a book for The Christmas Project continuity. And I was even more excited that mine was set in my home country of Jamaica.

Ahhh… Jamaica at Christmas is wonderful. The temperature falls, becoming cool and mellow. The light takes on a fantasy-like, luminous quality, and the sky looks even bluer than usual. Friends and family get together to eat, drink, and dance. There are parties almost every night from the beginning of December through to January and, on the weekends, there are daytime gatherings too. The sense of community is one I hope shines through in my book, Christmas Miracle in Jamaica.

Equally thrilling (if nerve-racking) was knowing I was going to be in a series with those other wonderful authors. I can’t wait to be swept away by their stories, which take us readers to New York, Stockholm, and Toronto. When I also got the opportunity to write a prequel short story, set in both The Royal Kensington Hospital and in Ireland, my excitement knew no bounds!

Here’s to the most wonderful time of the year, and to The Christmas Project.

I’ve always believed in the magic of Christmas. There’s something about the decorations, the music, and the good cheer of the season that lightens one’s spirit. Family disagreements are put behind you. Grumpy neighbours wave and wish you “Merry Christmas”.  And for my characters Registered Nurse Felicity and Dr. Scott Thomas, this Christmas holds a special magic giving them a second chance at love. Add in the glamour of New York City during the holidays and it isn’t long before the two of them are making a little magic of their own.

As a huge fan of the holidays, I enjoy being totally immersed in the Christmas experience each year and that always includes reading as many Christmas books as possible. Being given the opportunity to write my own Christmas story and be part of The Christmas Project was a dream come true. I can’t wait to read my fellow authors stories and discover how each member of The Royal Kensington team finds their own happily-ever-after.

The book I wrote for The Christmas Project was a bit of a stretch for me. Southern small towns are kind of my jam and I had to step way outside of my norm for Winter Nights with the Single Dad.

Southern? Nope. Small town? Negative. A single character who could utter y’all and not be out of place? Uh uh. Not a chance.

I hate to admit that my first thought was ‘What have I gotten myself into?’ And I fired off an email to make sure that my editor would make sure that my British heroine wouldn’t sound like a misplaced Southern belle. Then I started researching.

Toronto at Christmas seems like it would be an amazing place to visit. I found so many fun activities that it was hard to narrow them down to a select few to include in my story. Like Stella, my heroine, I’ll be the one complaining about the cold while simultaneously admiring the winter wonderland surrounding me.

I was delighted to take part in The Christmas Project as Christmas is my favourite time of year and I love everything seasonal. I was especially excited as my story setting was Stockholm and I had the joy and pleasure of researching the area and the Christmas traditions and customs to include within my story. My Scottish doctor, Cora gets introduced to how Stockholm celebrates Christmas by her handsome Swedish beau Jonas. Christmas isn’t her favourite time of year and Jonas sensitively introduces her to his world in a way that’s good for her soul. One of my favourite discoveries was around the Living Advent Calendar. Each day in December, a window opens somewhere in Gamla Stan – the old town of Stockholm – and one or more heads appear. This can be a singer, a storyteller or some actors who will then entertain the crowd below for fifteen minutes. I absolutely had to include this in my story and it’s now my ambition to one day see this event in person.

Pre-order Winter Nights with the Single Dad by Allie Kincheloe.

Pre-order A Festive Fling in Stockholm by Scarlet Wilson.

Annie Claydon and Louisa Heaton on their new Medical duet!