This week, we’re treating our lucky readers to an exclusive extract of Snowbound with the Heir by Sophie Pembroke. Read on for a heartwarming wintry romance…

Stranded together during a snowstorm, Tori Edwards and Jasper, Viscount Darlton, are reminded of their earth-shattering kiss five years ago. And working through the secrets that pulled them apart, Jasper’s determined to prove that this Christmas they deserve a second chance.

‘Tori, sweetheart.’ Jasper whispered the words against her hair, kissing her head softly as her cries lessened. ‘Wake up, love.’ 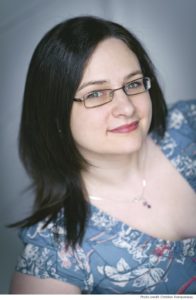 Lifting her head, she blinked up at him, tears still glistening in the half-light. ‘I was dreaming…’ She shuddered at the memory.

‘About Tyler?’ he asked gently. She nodded. ‘Would it help to talk about it?’

This time, she shook her head, her hair whipping around in defiance. ‘I just want to forget.’ She looked up at him again, and there were no tears this time. Just a new fierceness to replace the armour she’d lost. Her body shifted, and suddenly every inch of her seemed to be pressed up against him, tempting and hot and everything he’d never even dreamed of.

That was a lie. He’d dreamed about it. Often. Especially since the night they’d spent together.

But he’d never imagined it could actually happen again, not here and now.

She raised her mouth, pressing it firmly to his, her tongue sweeping out across his lower lip, and his whole body shuddered with want and desire as he kissed her back. The kiss was deep and desperate and everything he remembered about their other night together. When she pulled back, just far enough to kiss her way along his jawline, Jasper could barely remember his own name.

‘Help me forget?’ she murmured against his ear.

And suddenly the heat faded.

Not completely, of course. The lust she’d inspired was still coursing through his blood, and certain parts of his anatomy were absolutely on board with her plan—right now, preferably.

But his brain, that frustrating, overthinking part of him—the part that had come up with a dream of a frozen river and this woman’s hand in his—had other ideas.

‘Tori…’ He pulled away, as far as he could without falling out of the narrow single bed. ‘Tori, not like this.’

God, he wanted her. But he wanted her to want him, too. Not just forgetfulness, not just oblivion. He’d had enough of that sort of relationship himself, when he’d first moved away from Flaxstone. The kind of sex that just blocked out the world for a time, that helped him pass out and sleep without dreaming of the life he’d thought he’d had and the lies that had lurked behind it.

He didn’t want that with Tori. Not this time.

Get your copy of Snowbound with the Heir by Sophie Pembroke today!