If, like us, you’ve been binge-watching Bridgerton on Netflix – the romantic Regency romp based on the bestselling books by Julia Quinn – you’ll be wondering how to scratch that Regency romance itch the series has left you with!

Whether you’re an Eloise Bridgerton super-fan, or you identify with Penelope Featherington; whether you’re swooning over the Duke of Hastings or in search of a literary rake who reminds you of the lovely Viscount Anthony Bridgerton. If you’re planning to name your children in alphabetical order and are on the cusp of starting your own Ladies’ Gossip Sheet like Lady Whistledown, why not delve into our selection of the very best Regency romance novels to get lost in this winter? Read on to find out more…

The Duchess Deal by Tessa Dare 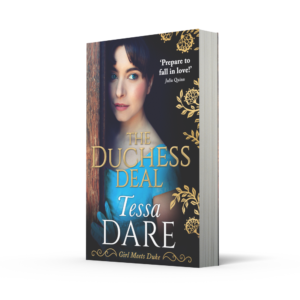 ‘Prepare to fall in love’ – Julia Quinn, author of the Bridgerton series

When the Duke of Ashbury returns from war scarred, he realises he needs an heir – which means he needs a wife! When Emma Gladstone, a vicar’s daughter turned seamstress visits wearing a wedding dress, he decides on the spot that she’ll do.

But Emma is no pushover. She has secrets and some rules of her own:

Book 1 in Tessa Dare’s fantastic Girl Meets Duke series, The Duchess Deal is 99p on Kindle for a limited time! Buy it here.

Would I Lie to the Duke by Eva Leigh 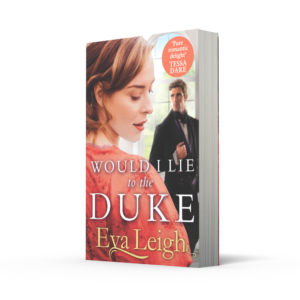 Jessica McGale’s family business desperately needs investors and she’s determined to succeed at any cost. But she knows London’s elite will never look twice at a humble farm girl like herself. Posing as ‘Lady Whitfield,’ however, places her in the orbit of wealthy, powerful people—most notably the Duke of Rotherby. His influence and support could save her company, but Jess never expected the effect he’d have on her.

Society thinks Noel is a notorious, carefree duke who dabbles in investments, but there’s a side to him that only his closest friends see. When he crosses paths with Lady Whitfield at a business bazaar, his world tilts on its axis. She’s brilliant and compelling, and brings him to his knees like no woman has before. Trust is difficult for Noel, but Jess makes him believe anything is possible. . .

As time ticks down on her Cinderella scheme, the thought of achieving her goal at Noel’s expense breaks Jess’s heart. He doesn’t just want her now, he wants her forever. But will her secret end their future before it begins?

The Duchess War by Courtney Milan

Miss Minerva Lane is a quiet, bespectacled wallflower, and she wants to keep it that way. After all, the last time she was the center of attention, it ended badly—so badly that she changed her name to escape her scandalous past. Wallflowers may not be the prettiest of blooms, but at least they don’t get trampled. So when a handsome duke comes to town, the last thing she wants is his attention.

But that is precisely what she gets.

Because Robert Blaisdell, the Duke of Clermont, is not fooled. When Minnie figures out what he’s up to, he realizes there is more to her than her spectacles and her quiet ways. And he’s determined to lay her every secret bare before she can discover his. But this time, one shy miss may prove to be more than his match… 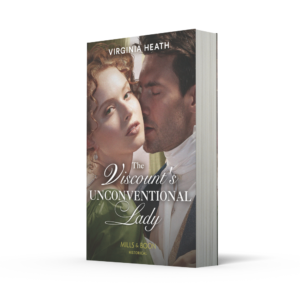 After years as a diplomat in the Napoleonic wars, Lord Easton is reluctant to return to London society. His scandalous divorce has made him infamous, not to mention cantankerous! To

halt the rumour mill, he should marry a quiet noblewoman – instead it’s bold, vibrant artist, Faith Brookes, who’s caught his attention. They are the least suitable match, so why is he like a moth to a flame…?

A Duke in Shining Armor by Loretta Chase

Hugh Philemon Ancaster, seventh Duke of Ripley, will never win prizes for virtue. But even he draws the line at running off with his best friend’s bride. All he’s trying to do is recapture the slightly inebriated Lady Olympia Hightower and return her to her intended bridegroom.

For reasons that elude her, bookish, bespectacled Olympia is supposed to marry a gorgeous rake of a duke. The ton is flabbergasted. Her family’s ecstatic. And Olympia? She’s climbing out of a window, bent on a getaway. But tall, dark, and exasperating Ripley is hot on her trail, determined to bring her back to his friend. For once, the world-famous hellion is trying to do the honorable thing.

So why does Olympia have to make it so deliciously difficult for him … ? 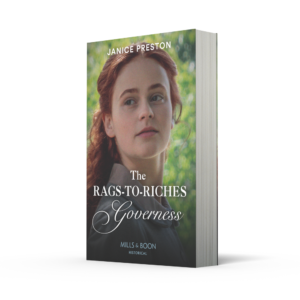 The Rags-to-Riches Governess by Janice Preston

Governess Leah Thame learns she’s inherited a fortune the day her employer, the enigmatic Earl of Dolphinstone, returns from abroad. They share an instant connection, but in order to claim her in heritance, Leah must resign and find a husband. The guarded widower offers a convenient marriage to stop her leaving, but Leah refuses. She won’t marry the man who’s captured her heart, unless there’s a chance of her love being returned…

This delightful series takes place in the Victorian era rather than the Regency period, but it is equally filled with just as much scandalous gossip as Bridgerton! Perfect for fans of intrigue, passion and unconventional love matches. 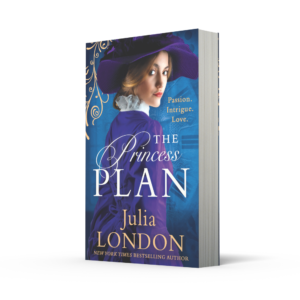 London’s high society loves nothing more than a scandal. And when the personal secretary of the visiting Prince Sebastian of Alucia is found murdered, it’s all anyone can talk about, including Eliza Tricklebank. Her unapologetic gossip gazette has benefited from an anonymous tip off about the crime, forcing Sebastian to ask for her help in his quest to find his friend’s killer.

With a trade deal on the line and mounting pressure to secure a noble bride, there’s nothing more dangerous than a prince socialising with a commoner. Sebastian finds Eliza’s contrary manner as frustrating as it is seductive, but they’ll have to work together if they’re going to catch the culprit. And soon, as temptation becomes harder to ignore, it’s the prince who’ll have to decide what comes first—his country or his heart. 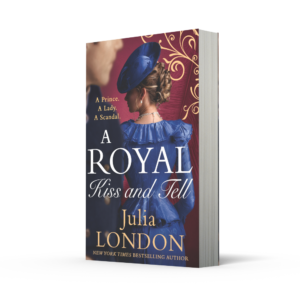 Every dashing young man in London’s ton is vying for Lady Caroline Hawke’s hand—except one. The handsome, delectable, rogue, Prince Leopold of Alucia can’t quite remember who Caroline is and the insult is not to be tolerated. So Caroline does what any clever, resourceful lady of means would do to make sure a prince remembers her: sees that amusingly risqué morsels about Leo’s reputation are printed in a ladies’ gossip gazette…all the while secretly setting her cap for the rakish royal.

Someone has been painting Leo as a blackguard, but who? Socially, it could ruin him. More important, it jeopardises his investigation into a contemptible scheme that reaches the highest levels of government in London. Now Leo needs Lady Caroline’s help to regain access to society. But this charming prince is about to discover that enlisting the deceptively sweet and sexy Lady Caroline might just cost him his heart, his soul and both their reputations… 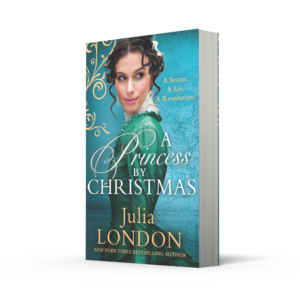 A Princess by Christmas – buy here!

Hollis Honeycutt has written her London gazette since the death of her husband – featuring fashion plates, marriage advice, and the latest gossip in and around Mayfair. But now she feels her gazette should have more meaning, cover topics of more consequence than the latest curl cream.

The opportunity presents itself when Hollis overhears rumours of a potential coup in the Kingdom of Wesloria, a coup linked to the highest level of government in London. During her investigation Hollis spies a man with no business lurking around peace talks, and determines to expose him for the traitor he most certainly must be.

When Weslorian Marek Brendan was fifteen he was shocked to discover his heritage was not what he believed – he was whisked away from the Weslorian palace when he was born because there was fear that corrupt forces would try and kidnap him. Now he is determined to stop these corrupt forces staging a coup in his home country. Except for the beautiful woman whose questions are putting his own investigation at risk. Yet soon Marek realises that pretty Hollis can help him. But when he confides his suspicions, Hollis’s loyalties are tested and she must choose between her loyalties to her family, or her heart…

Have you been watching Bridgerton on Netflix? What are your favourite Regency romance books? Let us know on Facebook and Twitter.

Eva Leigh: Would I Lie to the Duke