We caught up with Mills & Boon Modern author Tara Pammi to discuss her new book Claiming His Bollywood Cinderella. Read on to find out the inspiration behind the book and some of Tara’s top Bollywood recommendations…

What was the inspiration behind your new book, Claiming His Bollywood Cinderella?

I wanted to write a modern version of Cinderella but a much happier, stronger Cinderella. Naina loves her stepmother and stepsister and they love her equally, but she has a habit of putting them above her needs. Of course, in walked Vikram Raawal who was her very opposite – much older, much more cynical and in search of something he doesn’t even know. He’s the uncrowned King of Bollywood and yet, he’s coming to realize he owns nothing of true value.

Which it turns out is Naina. She shakes up his entire world by mocking one of his block buster movies, and once he gets over it J, Vikram is hooked.

Do you watch a lot of Bollywood movies yourself? Do you have any recommendations?

Yes! There are so many good ones with diff sub genres within Bollywood. Some of the evergreen hits are Diwale Dulhaniya Le Jaayenge and Dil Chahta Hai. If you could/wanted to turn the book into a movie, who would you cast as Vikram and Naina?

Vikram would be Arjum Rampal.

Naina would be a South Indian Actress called Nithya Menon. She is one of those wonderful actresses that just shines on screen and I think she breathed life into Naina, making her one of the best heroines I’ve ever written.

Claiming His Bollywood Cinderella is the first book in your new duet, Born into Bollywood. Can you tell us anything about the next book in this series?

In the second book in the duet, Actress Zara Khan and Famed Director Virat Raawal come together to make a big budget blockbuster after ten years of pretending that the other doesn’t exist. The book is titled The Surprise Bollywood Baby. A fake relationship to please the fans, of course, leads to something far too real.

What do you enjoy the most about writing for Mills & Boon Modern?

What I love the most is that I get to incorporate really current, and relevant storylines into fantasy. Also, the fact that in a two to three hour read, I can take the readers on an emotionally satisfying ride. It’s the best of both worlds.

LOL!! That would absolutely be my husband. I’m not into really grand gestures. The small things he does for me – like filling up my gas tank because I hate doing that, beautiful flowers every week and the best –  loving me for the chaotic, messy, highly strung person I am.

I grew up reading Mills & Boon Modern and I adore the line to this day. When I was working on my Masters in Mechanical Engineering in a basement lab, one day, I opened up a blank page and started typing up a scene while I waited for my lab mate to finish his work. It was the most horribly cheesy scene but it lit a fire in me. After that I worked on my craft, wrote a number of partials, but it was only when I finished a couple of full manuscripts that I knew I had something.

All through getting married and having two babies, I kept writing. Finally, it was my fifth full manuscript that caught the eyes of my editor. She absolutely loved it – after a round of revisions and I became a published author. It was one of the best Mondays of my life. For a while there, I was crazily in love with Mondays.

Write bad first drafts. Write cliched characters and dramatic scenes. Write what makes your heart sing. Just write. The more you write, the better you get. Don’t get hung up on rules. Just keep writing and your voice will find you. And you will find it.

I read. I read in every genre. I’m a serial hobbyist – so far I’ve tried knitting, video games, drawing and learning languages. I can speak and write in three languages so I’m really excited about adding Spanish and Korean to the list. I do it all very badly but I like to do it anyway. My girls have also started teaching me piano. And I watch loads and loads of TV.

Claiming His Bollywood Cinderella by Tara Pammi is out now! 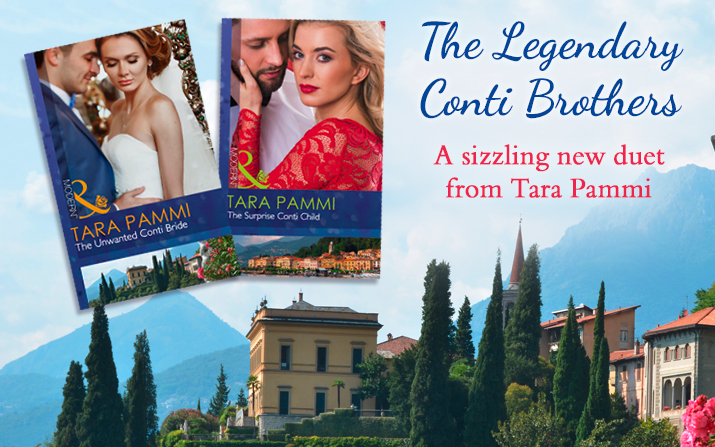