The sound of champagne corks popping echoed through True Love Towers this afternoon, with the arrival of author Annie Claydon. We swept her into a room for a chat over a glass of bubbly…

Annie first attempted writing a novel when she left university, having looked at romance as one of her modules in her course. “I thought, I’ll have a go at that,” she told us. “I wrote the first manuscript in 1981 and delivered it in a pink folder, on Valentine’s Day!”

If you’re thinking this is impressive stuff, let’s not forget that Annie also tapped the whole thing onto a typewriter – all 50,000 words of it, before sending it off… and getting rejected.

It happens to us all, but it pays to remember that persistence pays off.

Several years passed and writing romance was always on Annie’s mind. Then came The Fast-Track in 2010 – if you submitted a ‘taster’ and a plot synopsis during the course of one month, Mills and Boon promised a two or three day turnaround with comments!

Annie says: “this was both terrifying and an opportunity not to be missed. I think all of the editors got involved with reading and replying – Jo (our flame-haired Senior Executive Editor up there in the photo) sent me a request by email for more of the manuscript.”

Hearing that Mills and Boon were so excited about her initial two chapters (which she wrote in just two weeks) Annie promised an entire manuscript in another three weeks.

“I don’t know what I was thinking! I suppose I was just scared they’d lose interest!”

She needn’t have worried. Annie’s written 13 novels since getting “the call” and her readers continue to love her stories: “Jo passed me over to Lucy who nursed me through multiple sets of revisions, and thankfully refused to give up on me!  It was March 2011 when Lucy called me to say that my first book had been accepted.”

If you’re wondering how Annie is so prolific, having worked in I.T she’s still very deadline-driven. She still writes more than two books a year and works round the clock, typing and dreaming up ideas to bring us the storylines and characters we love to fall in love with.

We asked Annie about her favourite character. “I think it has to be Joe Lamont in Snowbound With The Surgeon,” she says dreamily. (We have to agree – swoon!)

Annie enjoys writing Medical Romance because of the chance it gives her to create such caring and compassionate heroes. “They’re always intelligent, but a bit softer… softer but tougher.”

And that’s the kind of man we like – one who’s soft when he has to be, but one who knows when to toughen up. Right? Both sides combined make a woman weak at the knees, which is also probably why we love Annie’s books so much.

Thanks for talking to us, Annie (and for never giving up on getting published).

Annie Claydon’s The Doctor She’d Never Forget is out now. Discovering Dr. Riley is coming in February. Stay tuned and take a look at her other books while you’re waiting. 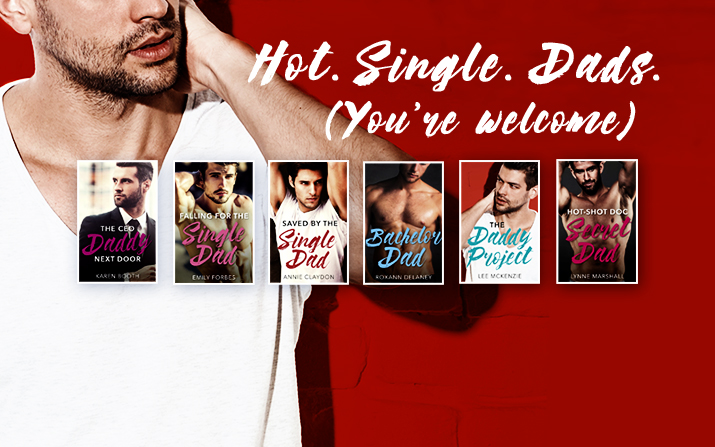