We’re delighted to be joined on our blog by new author, Lydia San Andres who tells us more about the inspiration behind her debut book, Compromised Into a Scandalous Marriage.

With a couple of exceptions – living in Puerto Rico with my family as a kid and attending grad school in Spain and New York as an adult – I’ve lived in the southern coast of the Dominican Republic all my life. Driving east of Santo Domingo with the Caribbean Sea at my right and fields of sugarcane at my left, my destinations were usually tourist-crowded beach towns full of white sand, resorts and piña colada.

A few years ago, I was making my way to a week-long course in an art school located some two and a half hours from my city, when I decided to stop for lunch in a place I’d never visited before – San Pedro de Macorís.

A fair number of other towns here are bisected by the highway that extends throughout most of the southern coast, but not San Pedro. The road curves around it, so that to enter the town, you need to leave the path you’re on and venture over a bridge.

Long before it became a prosperous town in the 20th century, San Pedro was a small fishing village. My father had recommended a seafood restaurant he’d once visited, located right on the edge of a river that flows  into the Caribbean Sea. As I do whenever I visit a place for the first time, I took a detour to see the sights.

By that time, I had been working as a historical researcher for a couple of years and I knew plenty about San Pedro’s history. But there’s never anything like visiting a place you know from history books and grainy old photographs in person.

I was instantly charmed. Like most other small towns in the Dominican Republic, San Pedro was built around a center plaza. Surrounding it are the cathedral and the city hall, and radiating from there are streets filled with masonry houses dating to the first two decades of the 20th century. These houses were mostly built when the Dominican sugar industry was booming after the Spanish American War and later, World War I.

These houses – and a fair handful of commercial buildings – are frilly with decorative plasterwork. They are graced with columned porches, where families gathered in rocking chairs after dinner. Even the town’s fire station, which was built in 1849 on the site of another fire station that burned down (oh, the irony!) is a riot of color and decorative elements.

When I decided that the hero of Compromised Into a Scandalous Marriage, my first book for Mills & Boon Historical, was going to own a sugar mill, I knew there was no place else I’d rather set the story. Though a great deal of the book takes place in Sebastian’s hacienda and its surrounding fields, each time he or Paulina, his heroine, visited the town, I saw it as an opportunity to revel in their surroundings and describe some of the places I’d seen.

After finishing Compromised, I celebrated by taking my family to lunch at the seafood restaurant on the river where I stopped more than a handful of years ago. I’ve been to San Pedro plenty of times since that first visit, and always discover something new to love about it. 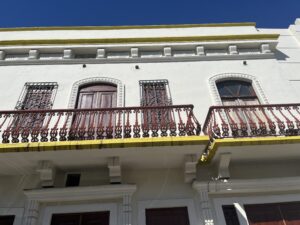 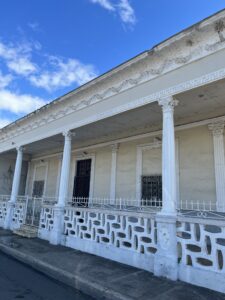 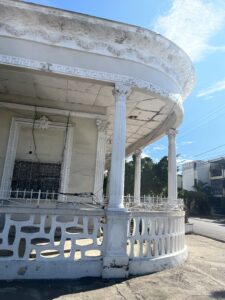 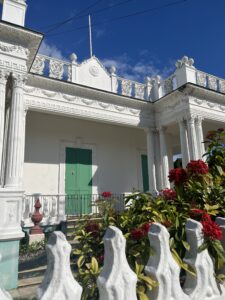 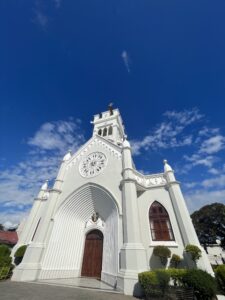 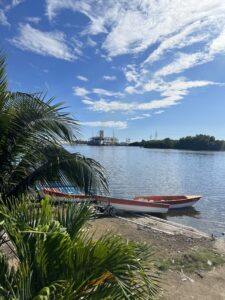 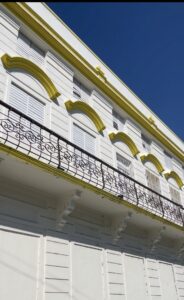 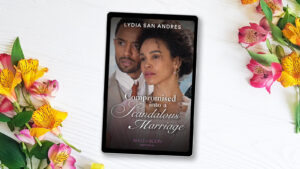 Compromised Into a Scandalous Marriage by Lydia San Andres

When heiress Paulina Despradel is banished from the family quinta in a storm she seeks shelter with her dashing new neighbour, Sebastian Linares. Their attraction may be as electrifying as the lightning outside, but the night they spend together is totally innocent. Barely more than strangers, they must now marry. But left alone with their simmering chemistry, can they build a true union from the ashes of scandal?