As many of us are stuck indoors fantasizing about a holiday abroad at the moment, we loved catching up with Modern author Heidi Rice to talk about the French holiday that inspired her new book, A Forbidden Night with the Housekeeper. Read on to find out more…

Two summers ago, I went on a fabulous family holiday to Burgundy in France. My younger sister – who lives in France – hired a gorgeous chateau from a friend and fourteen of us descended on it for the hottest week of the year. In between sumptuous meals sourced from the local markets, chilled bottles of Crémant de Bourgogne each evening on the terrace, pool parties and tennis battles, we managed to find time to tour a nearby vineyard – which came in handy when the temperature hit 38 degrees. The tour guide told us all about the vineyard’s 200-year-old history and showed us the ancient vines which were still harvested each year to make their most famous vintage. 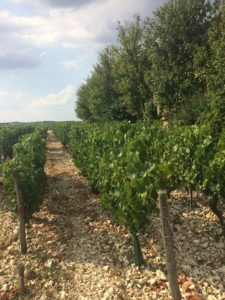 Immediately an idea formed in my mind of a billionaire vintner – the illegitimate son of a vineyard owner – who had built his own wine empire after being rejected by his father. But when the old man dies, and Maxim Durand is about to acquire the vines he has vowed to own ever since he was that rejected boy, he discovers that his father Pierre had one more cruel trick up his sleeve.

Cara Evans was the old man’s housekeeper, young, innocent and rootless she has made Maison De La Lune her home, but at Pierre’s funeral, Maxim makes the devastating discovery she has inherited the vines – his vines – on one proviso, she can’t sell them to him. He is of course furious, and sets about getting hold of those vines by whatever means necessary. But after one night of passion – that gets way out of hand – Maxim discovers wine isn’t the only thing he’s good at making (hint: accidental pregnancy, anyone?)! 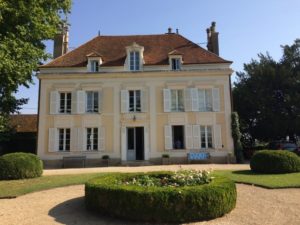 I loved writing this book because it brought back so many incredible memories of that week in Burgundy. Long lazy days competing in tennis tournaments (I lost every one), or lounging by the pool watching the kids and young adults trying to ride a blow-up unicorn (much harder than you think, actually). And fun fabulous nights taking turns to concoct delicious meals from the local produce, quaffing the Burgundy wine (of course), and playing cut-throat parlour games (my family is disturbingly competitive!).

It’s memories such as these that are having to sustain a lot of us at the moment, so knowing the book will be in stores this summer is a great additional excuse to remember all that quality time spent with people I haven’t been able to see in person for weeks now… I miss my extended family so much, as I’m sure everyone does, but thank goodness we’ve discovered Zoom, which has allowed us to link up every Sunday night – between France, London, Wiltshire, Cambridge, New York and Melbourne.

As soon as we can, we plan to descend on Burgundy again – and in anticipation of that occasion I’m already working on ideas for a sequel to Maxim and Cara’s story. Wouldn’t it be cool if Maxim has a ruthless super-hot rival who falls in lust with Cara’s sweet maid Antoinette?

Whisk yourself away on a Burgundy holiday with Heidi Rice‘s new book, A Forbidden Night with the Housekeeper – out now! 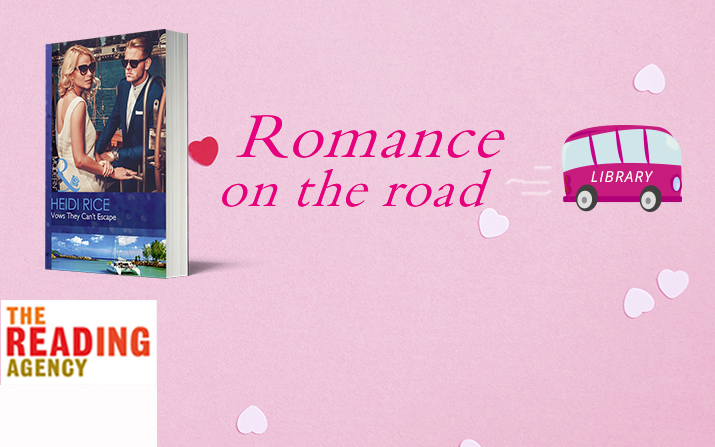 Heidi Rice Reveals Why Libraries Are Her Idea Of Bliss…