A Lady’s Guide to Fortune-Hunting by Sophie Irwin is a story about cunning, audacity and talent. Set in 1818, it is the tale about one lady circumventing the challenges she faces and using her wits to change her status.

‘Oh,’ Cecily’s voice startled her out of her reverie and back to the present. ‘I think I know her.’

Kitty looked up. And there they were, the de Lacys from the theatre, taking a promenade round the park. Dark-haired Lady Amelia, wearing a smart pelisse and a scowl, and the yellow-haired Mr. de Lacy, looking distinctly bored.

‘What do you mean, you “know her”?’ Kitty demanded sharply.

‘I think we went to school together,’ Cecily replied vaguely – already in danger of losing interest. ‘She was a little younger, but we shared a love of literature. Lady Amelia de … something.’

‘And you didn’t think it was worth mentioning?!’ Kitty hissed, gripping her arm tightly.

‘Ow,’ Cecily complained. ‘How could I have mentioned it any earlier, I’ve only just seen them!’

They were to cross paths in just a few moments. Kitty might hope that Lady Amelia would look up, recognize Cecily in turn, but her gaze was cast downwards and there were nearly ten yards separating them – a veritable gulf.

It would not do.

They were within ten paces now, and she curled her toes. Then, just as the gap closed to five feet, she flicked her ankle out and affected a stumble. Her plimsole went sailing through the air, and she leant heavily into her sister with a gasp. ‘Oh no!’

Cecily was startled but bore her weight easily enough. ‘Kitty? Do you need to sit down?’

‘I beg your pardon, Miss, but is this yours?’

Yes. She looked up to see the young gentleman – Mr. de Lacy – proffering the slipper with a blush and eyes that were growing more eager as he glimpsed her face.

‘Thank you,’ she gasped gratefully, taking it from him. Feeling a blush of her own would be fitting, Kitty willed her cheeks to obey without success – she cursed the fact that she was not the blushing sort.

‘Cecily? Miss Cecily Talbot?’ Lady Amelia had now approached, recognition in her eyes. If only Cecily were not to let her down now…

‘Lady Amelia,’ a short bob of recognition, a hand outstretched.

‘Do you live in London now? Is this your sister?’ No such social intricacies were displayed by this young lady – the indulgence of the rich.

‘Yes – my sister, Miss Talbot. Kitty, this is Lady Amelia and… ?’  Cecily looked at Mr. de Lacy questioningly. Really, she was doing very well. The best of sisters.

‘Her brother, Mr. de Lacy.’ He rushed to introduce himself with a ready smile, his eyes flickering admiringly between the sisters.

‘Have you hurt yourself very badly?’ Lady Amelia demanded. ‘Archie, for goodness’ sake, offer her your arm, won’t you?’

‘You must allow us to escort you home,’ he said gallantly. ‘You ought not to be walking much further on a sprained ankle, we can drop you off in our carriage. Here, lean on my arm.’

Kitty accepted graciously, taking the proffered arm and leaning on him enough to slip her slipper back on under her skirts. Mr. de Lacy cleared his throat, looking away. Soon their procession was making their way slowly towards the row of carriages in the distance. Cecily and Lady Amelia walking ahead, their heads bent together in a quickly resumed intimacy, Kitty and Mr. de Lacy following behind.  It took Kitty a second to realize she was limping from the wrong foot – she corrected hastily enough that she was sure no one had noticed.

Kitty might be walking slowly, but she was thinking quickly. This was an opportunity she could never have predicted and she was certainly not going to botch it. 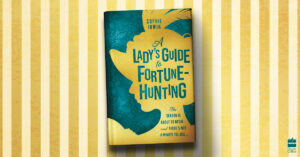 A Lady’s Guide to Fortune-Hunting by Sophie Irwin

Or rather, she needs a husband who has a fortune. This is 1818 after all, and only men have the privilege of seeking their own riches.

With just twelve weeks until Kitty and her sisters are made homeless, launching herself into London society is the only avenue open to her. And Kitty must use every ounce of cunning and ingenuity she possesses to climb the ranks.

The only one to see through her plans is the worldly Lord Radcliffe and he is determined to thwart her at any cost.

Can Kitty secure a fortune and save her sisters from poverty? There is not a day to lose and no one – not even a lord – will stand in her way…

Meet me at the Wedding – Chapter One 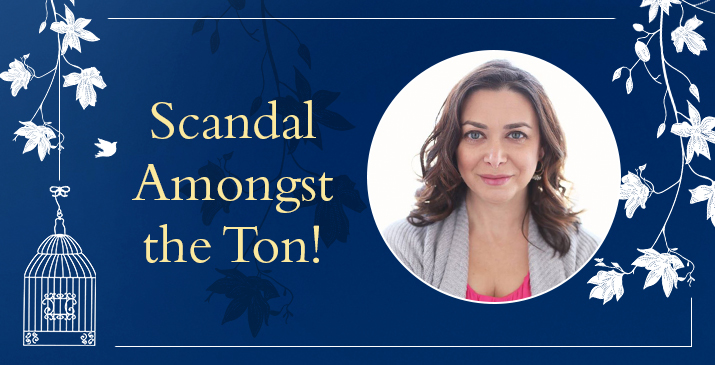 “Living their lives on their own terms”: Eva Leigh on the real women of the Regency period