My first Mills & Boon rejection rocked my world. I’d been reading Mills & Boons for at least two years, pretty much non-stop, and my very first manuscript contained all my blood, sweat, tears and, at the time, swoon-worthy-hero material.

I was fifteen. It would be another fifteen years before I would again contemplate submitting a novel to the publishing powerhouse. But I wrote all the years in between. Tinkering with cooking blogs, professional papers, serving as a beta-reader for my novelist sister, and always, always, plugging away at my own romance novels in between.

In 2014, I decided to take my writing to the internet and launched my first novel as a self-published writer. It was nowhere near as scary as it would have been had I paused and thought about the importance of what I was doing, and the career I was finally launching myself into.

Fuelled by red wine and blind hope, I published a book that I knew contained all the elements of the romances I love to read. I had no hope of success, and yet it was successful. From the first day, it sold well. In the intervening three years I have self-published more than forty stand-alone category romance titles.

Strange, then, that I continued to feel whisperings of discontent even when I’d made a name for myself in the romance-reading world. The truth is, dear reader, thirty-year-old me wanted, as desperately and as madly as fifteen-year-old me, to belong to the stable of authors who write for Mills & Boon. Mills & Boon, the name readers trust with their heart, was my first love – and you know what they say about first loves, right? Well, it’s true. You never, ever get over them and Mills & Boon remains my enduring love to this day.

What a thrill it is then to finally say: I WRITE FOR MILLS & BOON!

My debut title for Mills & Boon Modern was released in August 2017, almost exactly a year after I had a life-changing meeting with Joanne Grant and around ten months after I signed a multi-book deal with Mills & Boon. This novel is the culmination of my dreams. It is also a reflection of all I have learned along this journey. I have written a story that would have brought fifteen-year-old me to tears – characters who are strong and strongly motivated, who you love at times, and want to shout at in others.

We talk about the Promise of a Mills & Boon novel, and that’s just what I love. These books are all so very different in their content. But, readers can trust that they will deliver the emotional punch and Happily Ever After they seek. Bought for the Billionaire’s Revenge is a second-chance love story that will set your soul on fire.

Clare Connelly‘s debut book Bought for the Millionaire’s Revenge is out now and Innocent in the Billionaire’s Bed is published in December 2017.

Backstabbing. Betrayal. Scandal. What are families for? 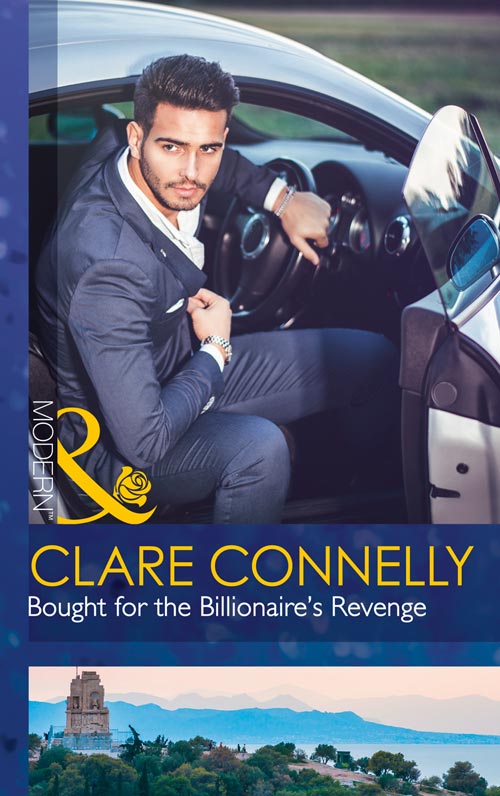